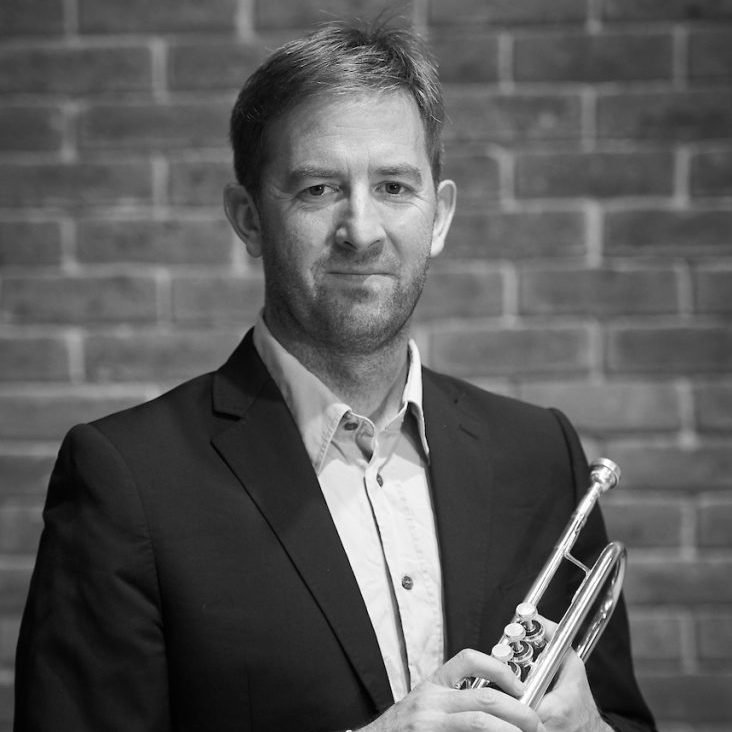 Welcome to Duet with a Pro, written during self-isolation 2020. A fantastic opportunity for players of all levels to play fresh original music alongside a world-class musician in their own homes. Your purchase is also 100% an amazing donation towards the Trussel Trust, the major UK food bank charity.

Included in the pack:

3 Videos of myself performing the lower part so you can be Alan!

A brief chat from Alan offering encouragement and advice

All included in an easy access Dropbox Folder after purchase.

Alan Thomas is Section Leader Trumpet of the City of Birmingham Symphony Orchestra.

Alan first joined the CBSO in 2004, performing for 9 years before leaving the Orchestra in 2013 to take up the Principal Trumpet position at the BBC Symphony Orchestra 2013-2018 before returning to Birmingham.

Alongside his playing, Alan has recently been appointed as Associate Head of Brass at the Royal Birmingham Conservatoire – where he was an undergraduate student himself from 1996-2000 – and is also a Professor at the Royal College of Music and trumpet tutor to the National Youth Orchestra of Great Britain.

Away from orchestral life, Alan is a member of both Onyx Brass and Septura, two of Britain’s leading brass chamber groups. He maintains a keen interest in the psychological aspects of performance and is a keen educationalist, visiting and coaching various schools and ensembles.

Number of items in basket: 0

Duet With a Pro – Alan Thomas